Dr. Perez is board certified in family practice. He graduated from Medical School in 1994 from Universidad Libre de Colombia and practiced for three years in the E.R. and outpatient setting. After moving to the states he completed his residency program with Oregon Health Sciences University in 2001.

He practiced family medicine in Eugene, Oregon for 11 years prior to moving to Scottsdale, Arizona in 2012. He and his wife came to the Sonoran desert seeking the sun he so missed from his early years in Colombia, South America.

With close to 20 years of experience you can trust him to care for you and your family. He sees patients from 1 year old and up and has a particular interest in sports medicine, weight management and cosmetic injectables. However, the bulk of his practice is related to all disease management and routine health maintenance.

Dr. Perez speaks fluent English and Spanish. In his free time he enjoys traveling with his wife and two young children. His other hobbies include weight lifting, running and photography. 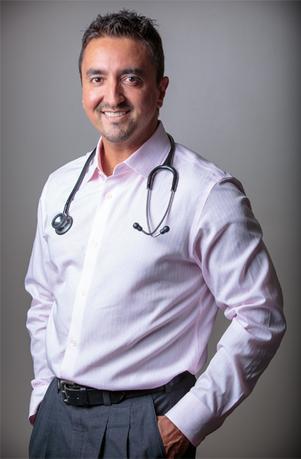 Ready to get results?

Sculpsure™ is the non-invasive laser treatment with over 90% satisfaction rate.